A fishing trip for two Potters residents ended with them being robbed by three men dressed in clothing resembling the local police coveralls and army camouflage Thursday night while they were in the Deep Bay area.
Reynold Valmond and Helena Williams told lawmen they went to the area during the afternoon and some time after 9 p.m. when they were packing up to leave, the three masked men pounced upon them and robbed them.
According to the victims, all the robbers had guns. Two of them were dressed in blue coveralls with the word POLICE painted across the back, while the third gunman was in clothing resembling the Antigua and Barbuda Defence Force camouflage uniform.
The bandits robbed the two people of their cellular phones and $15 in cash. Valmond was robbed of his wallet containing his personal documents.
The robbers then fled the area in Valmond’s dark gray Honda step wagon registration # C14303 and another unknown vehicle in which the robbers had arrived.
No one was injured and the victims refused medical attention.  Up to late yesterday the police had no suspects in custody and had not recovered the vehicle. 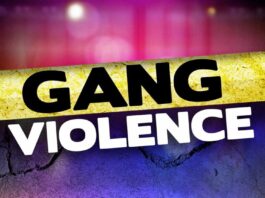 Distraught mother pleads for action after daughter is threatened with violence... 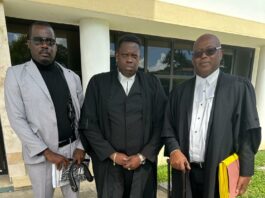 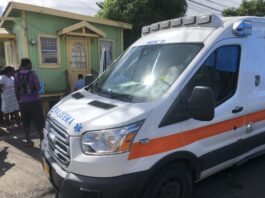