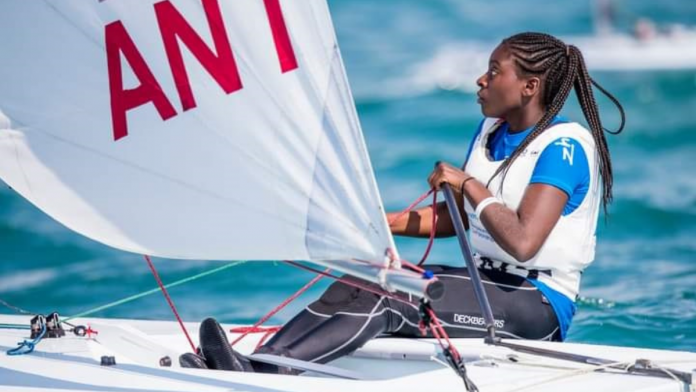 National sailor, Jalese Gordon has had a somewhat slow start to her 2020 Tokyo Olympics bid, after finishing at the bottom of the table in her two opening races on Sunday.

Competing in the Women’s One Person Dinghy Laser competition, the 19-year-old finished at the back of the fleet at the event held in Kamakura, Japan.

Gordon, flying Antigua and Barbuda’s flag at an Olympic Games for the first time, was 43 from 43 participants in race two on the day.

The race was captured by Germany’s Svenja Weger with Croatia’s Elena Vorobeva and Norway’s Line Flem Hoest who finished second and third respectively.

Having been coached by world renowned sailor Karl James, Gordon started the day a bit better, finishing 42nd from a fleet of 44 sailors in her second contest on Sunday.

Sailing continues on Monday with Gordon competing in two races at the same venue in Kamakura.