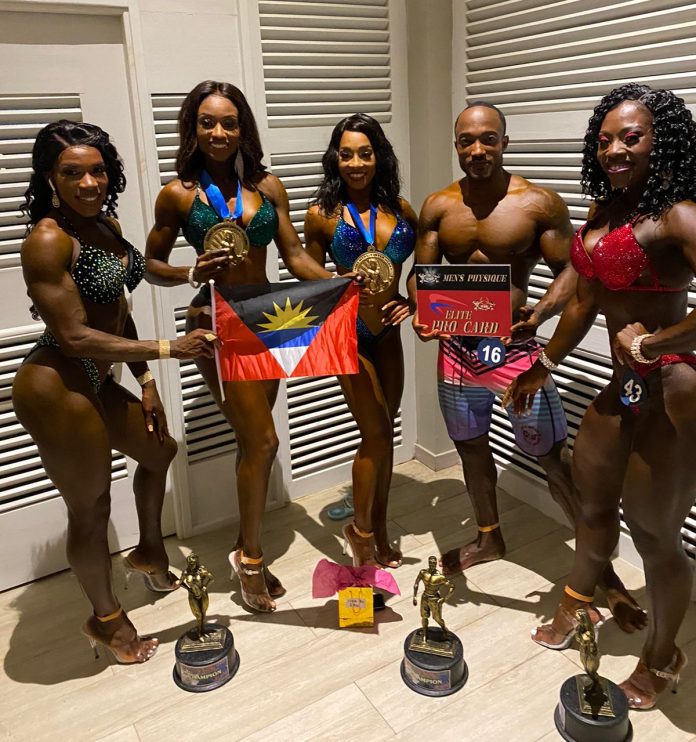 It was a celebratory weekend for the Antigua and Barbuda Amateur Bodybuilding and Weightlifting Federation (ABABWF) as one athlete Anthony Nurse won his Pro-card competing in the Men’s Physique category at the Inter Island Bodybuilding Championship.

Nurse is no stranger to the stage having competed and earned several medals over the year’s on both the local and regional scene.

He is now the ninth athlete to earn their pro card in that sport.

Meanwhile, there were other stellar performances from Rochelle Kirby who placed first in the Bikini Wellness category and Shunette Roach who claimed silver in that same event.