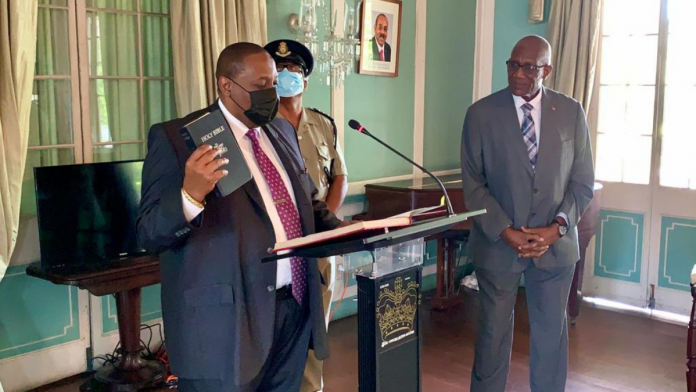 He recently concluded a certification course in Performance Management with the University of Suffolk and has also been a part of the Transformational Leadership Development Program of CARICAD and was the cohorts Valedictorian.

Ambassador Pilgrim have served his country before in Washington DC on the Multilateral Evaluation Mechanism of the Inter American Drug Control Commission. In 2004 he underwent training with the OECS school of Diplomacy and other training  in International Relations and Public Administrative law from UWI.

He attended the China Executive Leadership Academy for a course in Human Resource Management for Developing Countries to be equipped in that specialty area.

With his new appointment, Ambassador Pilgrim is hoping to put his many years of experience and training to good use in advancing the economic landscape of our nation of Antigua and Barbuda.