Many of us have been quite disappointed to see the absolutely dreadful way in which Country Pond is being kept. What a shame! Seems, nobody in a high place cares. The pond is on the brink of falling apart, leaking water underground. There are a number of fully grown trees surrounding the catchment, and these trees have their massive roots embedded in the walls of the pond. That is certainly not good news from an engineering standpoint. Roots burrowing into the cracks and crevices of walls in search of water, will eventually cause leaks. Just ask anyone with a cistern and a nearby tree.

Of course, to add insult to injury, the water is polluted with hundreds of empty bottles and cans, and these cans will soon be washed into the St John’s Harbor via Tanner Street, where they will pose an existential threat to birds, fish and other marine life. This too, is certainly not good news for the environment. In that regard, we are calling on the Department of the Environment to secure and fish those hundreds of bottles from Country Pond before they journey into the ocean. The overflow at the top of Tanner Street should be fitted with grates to prevent bottles, plastics and other detritus from entering into the gutter on their way to the sea.

About two-and-a-half years ago, we wrote an editorial entitled, LET’S SAVE COUNTRY POND [THE DAILY OBSERVER, January 8, 2020] inwhich we lamented the fact that Country Pond had become a toxic stew. Seemed, after some testing of the water, the authorities had determined that the pond was infested with e-coli. To be sure, over the years, the periodic testing of the water in the pond has shown that the situation remains the same – the pond is polluted. Indeed, as far back as 2010, Mr Lionel Michael, our former Chief Health Inspector, declared, “The Country Pond should be condemned, as it has been found to be unfit for human consumption or even contact.” He warned car washers to refrain from using the pond’s water which he likened to raw sewage. He’d issued his cautionary note after the death of hundreds of fish in the summer of that year.

Of course, we here at NEWSCO seriously doubt that there are any fish or other aquatic life in Country Pond at this time. The water is simply too unclean. Remember, intermittent water quality tests have found that the pond is contaminated with faeces – a witch’s brew, right in the heart of St John’s. Not even the few ducks that could once be seen swimming in the water are present anymore. They have apparently departed for other locales where the water is less putrid. Meanwhile, we wonder how those car washers who make use of the water to ply their trade, manage the filthy concoction. Heaven help them!

We are forced to again write about Country Pond on account of some work that appears to be going on at the site recently. We notice that the authorities have cut down the forest that had sprung up at the south-east corner of the pond, next to the Foundation Mixed School and the Ministry of Agriculture. Hopefully, the removal of the trees is not a case of too little, too late.

We also hope that the overflow in that aforementioned corner, a festering sludge, will be cleaned out with due care and attention. In other words, it ought not to be swooped up by a bulldozer and simply deposited into the pond proper. It must be removed from the site altogether.

As you can imagine, our eyebrows have been raised by this sudden new interest in Country Pond, after eight years of neglect by those in high places. We can only presume that it has something to do with the upcoming election. After all, there is nothing to concentrate the mind of these wilful and wanton Members of Parliament like an imminent election. So here they are – as busy as bees, going to and fro, in a frenzied effort to right the many wrongs plaguing their constituencies. Alas! Again, we submit that this is a transparent pretense at care and concern. Nobody is fooled by any of it.

The unhappy story of Country Pond is a metaphor for the dreadful way that this Administration has gone about doing the peoples’ business. The modus operandi is to neglect a problem until it reaches critical mass and can no longer be ignored. It is a lousy way to conduct the affairs of the State. 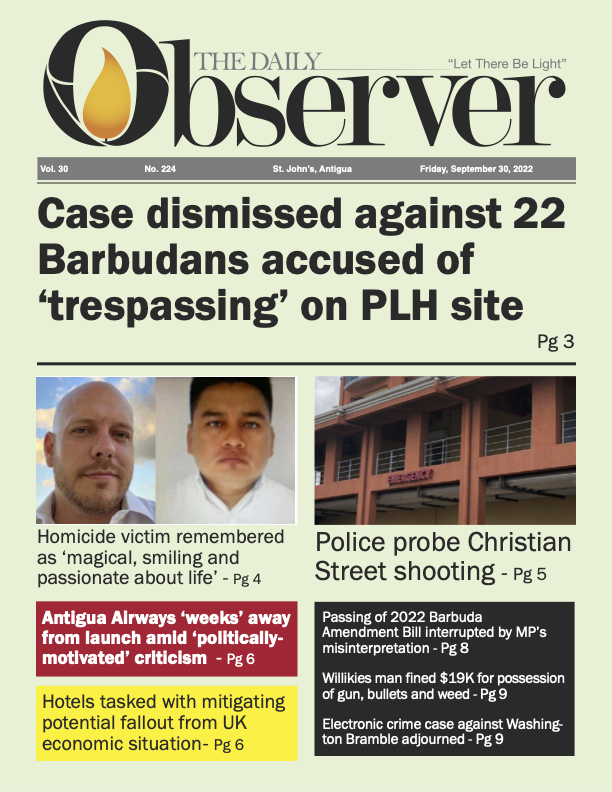