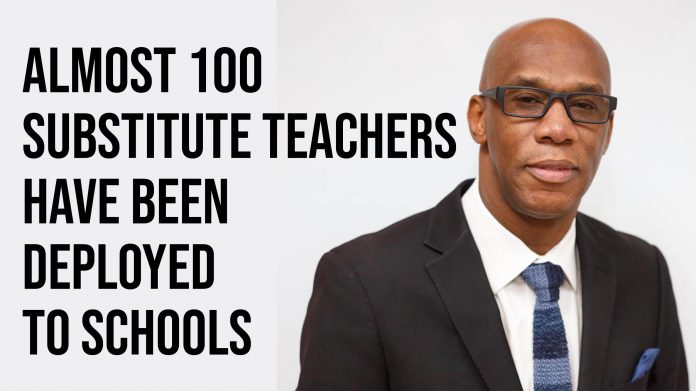 Almost 100 substitute teachers who were contracted to fill the void left by unvaccinated educators have been deployed to public schools across the country.

Director of Education Clare Browne made the disclosure while speaking to Observer on Wednesday.

The men and women were contracted for a three-month period to address the shortfall caused by some teachers who have refused to comply with the vaccine mandate.

Fifty of the substitutes have gone through extensive training with the Ministry of Education while the remainder, who were trained by principals and teachers at the schools since late last month, have been deployed.

“On the 22nd of October, we would have started to deploy substitute teachers to replace the teachers that were on unpaid leave in the public school system. The last time, which was two days ago, I would have indicated that we would have deployed 96 teachers.

“Now today, we would have inserted three more yesterday, so today I am reporting that we would have deployed 99 substitute teachers so far of the 109.

“We would have given two to early childhood, 46 to the primary schools and 51 to secondary education, which gives you a total of 99,” Browne said on Wednesday.

Substitutes teachers have also been deployed to the two public schools on the sister isle of Barbuda, namely Holy Trinity Primary and Sir McChesney George Secondary.

The Director of Education added that based on the feedback they are receiving at the ministry from the schools, the substitutes are fitting in well.

“From the report that I have received, the substitute teachers are doing well. They have fitted into the system very nicely and they are taking control of the classes when teachers are absent,” Browne said.

The remaining substitutes, he added, will be recruited shortly and placed in the public school system.