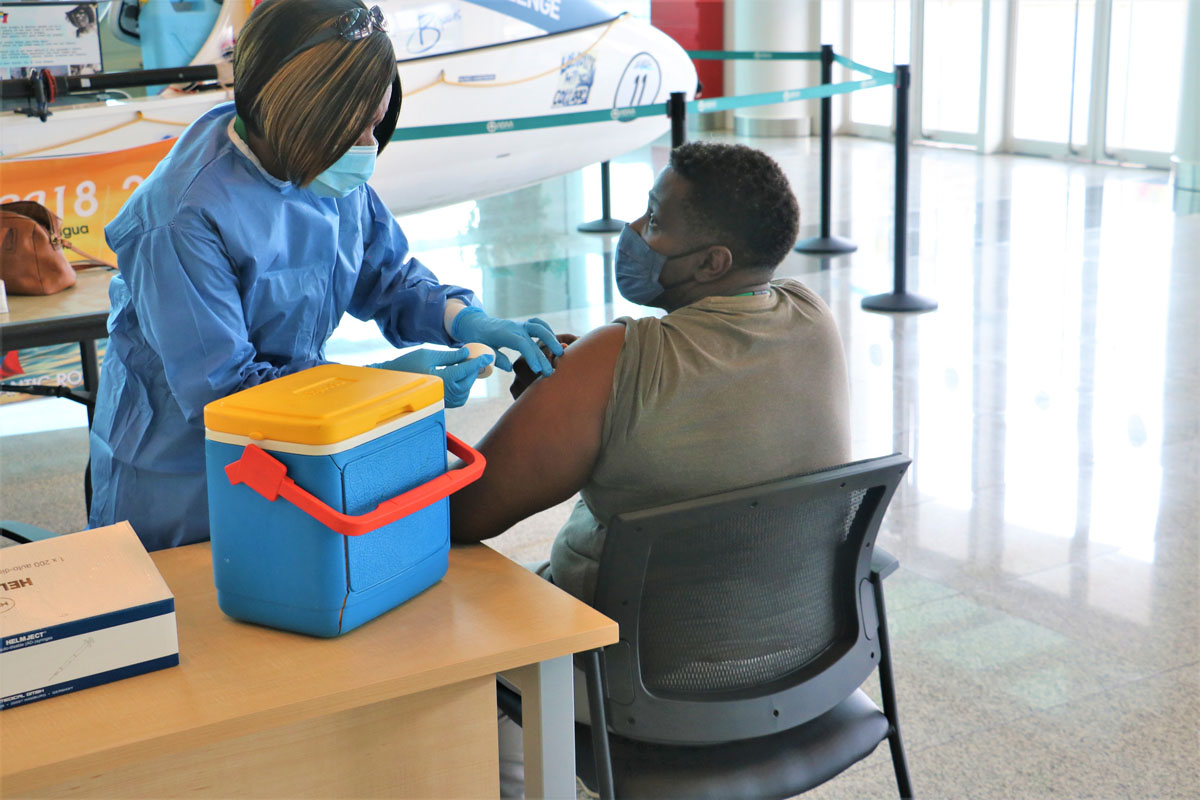 A group of nurses who work at the V.C Bird International Airport are planning to withhold their services tomorrow, after they were unexpectedly informed today, that they would be replaced with non-nursing staff.

The nurses who have been assisting with covid efforts at port health for more than a year, told Observer that they were informed by their Principal Nursing Officer (PNO) that the Ministry of Health made a decision to keep only three of the eight nurses currently stationed there.

The nurses say while they acknowledge that the positions were always temporary, they are insulted by the way they are being severed.

Observer understands that the changes are reportedly being made to lend more assistance to clinics but the nurses believe it is just an excuse not to pay them.

The changes are expected to take place in the next week or two.