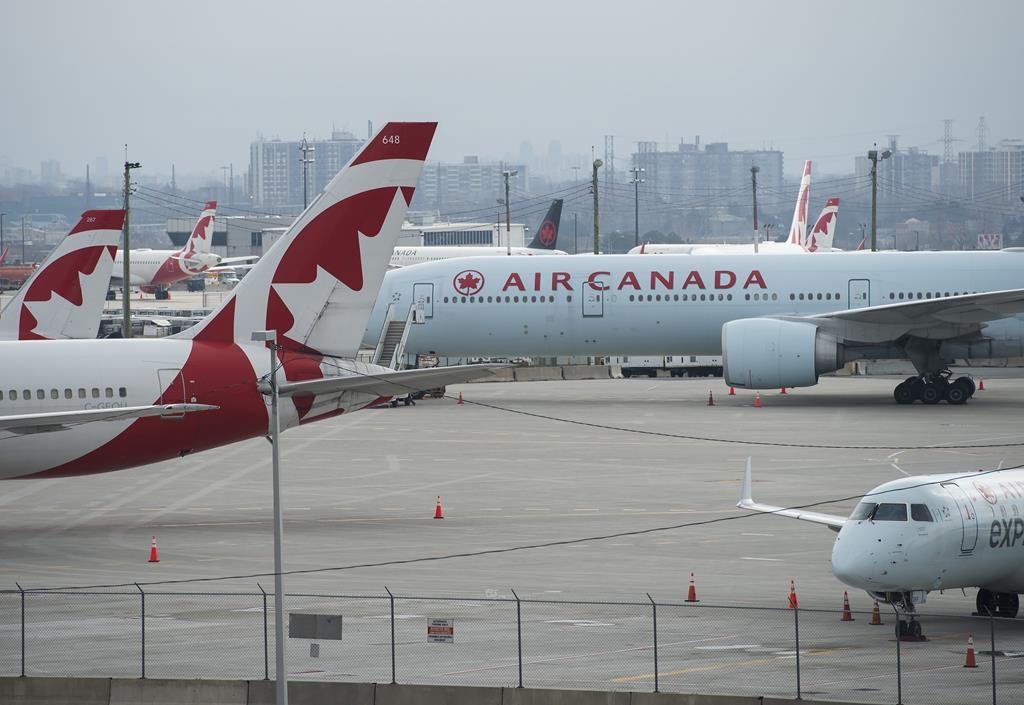 (CBC Canada) – Air Canada plans to cut its workforce by at least half as the COVID-19 pandemic continues to wreak havoc on the airline industry, according to an internal memo obtained by CBC News.

Effective June 7, “approximately 50 to 60 per cent” of the company’s 38,000 employees will be laid off, the company said in the memo sent to all staff on Friday. “We estimate about 20,000 people will be affected.”

Air Canada said the move comes after a “fundamental review of what we must do to successfully emerge from this crisis and begin rebuilding our airline.”

The airline said it is currently flying at about five per cent of the capacity it flew last year and hopes to ramp up to 25 per cent later in the year if government-imposed travel restrictions are eased.

“Sadly, today the hard truth is that by every indicator we have available to us, we believe that we will be materially smaller for at least three years,” Craig Landry, Air Canada’s executive vice-president of operations, said in the memo.

He also said the airline was burning $22 million a day.

The announcement comes amid ongoing border shutdowns and confinement measures that have tanked travel demand, prompting Air Canada to ground some 225 airplanes.

“We therefore took the extremely difficult decision today to significantly downsize our operation to align with forecasts, which regrettably means reducing our workforce by 50 to 60 per cent,” the airline said in an statement on Friday evening. “We estimate about 20,000 people will be affected.”

A government source who spoke to CBC News on condition of anonymity said Ottawa hasn’t yet received notice about the layoffs from Air Canada, which would have to apply for a group termination waiver from the Labour Program to lay off that many people, but the request hasn’t been submitted yet.

An Air Canada spokesperson contacted CBC News on Saturday to say the information regarding the need for a group termination waiver was incorrect, but declined to elaborate.

The blow echoes on a bigger scale Air Canada’s announcement in March to let go nearly half of its workforce under a cost reduction scheme. The carrier proceeded to rehire some 16,500 laid-off flight attendants, mechanics and customer service agents in April under the Canada Emergency Wage Subsidy, but has not committed to maintain the program past June 6.

Karl Moore, an airline industry analyst and professor at McGill University, told CBC News that the layoffs are “not a surprise” as the pandemic cratered demand.

“The number of people flying is down in a way we’ve never seen before in aviation history,” he said.

“Canadians are not willing to be on planes in crowded conditions. Hopefully in a year or two, we’ll be beyond that.”

To minimize the number of layoffs, Air Canada will ask flight attendants to slash their schedules, go on leave for up to two years or resign with travel privileges, according to an internal bulletin to members from the Canadian Union of Public Employees (CUPE) sent out Thursday night and obtained by The Canadian Press.

The CUPE memo stated that the union is in discussions with Air Canada over continuing the federal wage subsidy.

“We know this news is not what any of us were expecting,” said the bulletin, signed by the president of CUPE’s Air Canada component and two other union officials.

“The reality is that COVID-19 has severely impacted the demand for air travel over the past few months and into the foreseeable future. As such, there is no denying that we are dealing with the largest surplus of cabin personnel in our history.”

Reacting to news about the layoffs, CUPE said in a separate statement that it is “doing everything it can to protect the livelihoods of our 10,000 flight attendant members.”

Air Canada did not respond directly to questions about whether it would drop the wage subsidy, which Ottawa recently extended through August.

The subsidy program that allowed employees — including 6,800 flight attendants — to be rehired last month covers 75 per cent of a worker’s normal hourly wages or up to $847 per week. The vast majority of those workers have stayed at home, however, as operations remain at a virtual standstill.

New financing from the federal government could become a key factor in helping lift Canada’s airlines from a financial nosedive caused by the COVID-19 pandemic, industry experts say. 2:11

While Air Canada is not contributing to most worker wages, the airline has continued to put money toward pensions and benefits, a continuous cash drain at a company that lost more than $1 billion last quarter.

The Montreal-based company has been bleeding cash since mid-March, slashing its flight capacity by over 90 per cent ahead of even fewer expected passengers between April and June.

Though traffic is expected to pick up somewhat before year’s end, the approximately 225 grounded planes remain that way, and Air Canada CEO Calin Rovinescu said last week the recovery will be slow, with at least three years of subpar earnings.