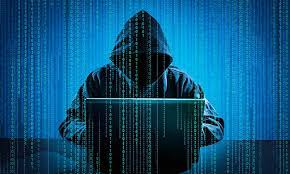 Regulations for social media reporters, journalists and media agencies that publish within Antigua and Barbuda are expected to come before parliament in future.

Attorney General Steadroy Benjamin told parliament that he was “troubled” by social media posts, and that he has given directions to drafters in his office to create legislation to hold news agencies accountable for publications that defame people without cause.

Over the past five years, a number of news sites, particularly online news sites, have emerged and have become popular among social media users.

Benjamin is proposing that all these entities become registered under the country’s laws and be penalised for publishing unresearched defamatory content, and criticised agencies which he said were “breaking news without substance”.

“If the publication originates in Antigua and Barbuda, let them be registered so, when you malign and you defame people, you must be sued and pay for your indiscretions,” he declared.

“My team is working on the law, and once it originates from Antigua, we shall deal with them,” he added.

The regulation, he said, will take into account the Freedom of Information Act and another act that addresses publication within the state.

“Where you make a publication in a newspaper or any article designed to undermine the integrity of persons in the society, willfully, maliciously, recklessly, with no regards to the truth, then you ought to be made to pay for it,” Benjamin said yesterday.

“The only recipe, the only reward will be [to] identify the persons, who is the editor, who is the publisher, who are the directors and sue for compensation,” the AG declared.