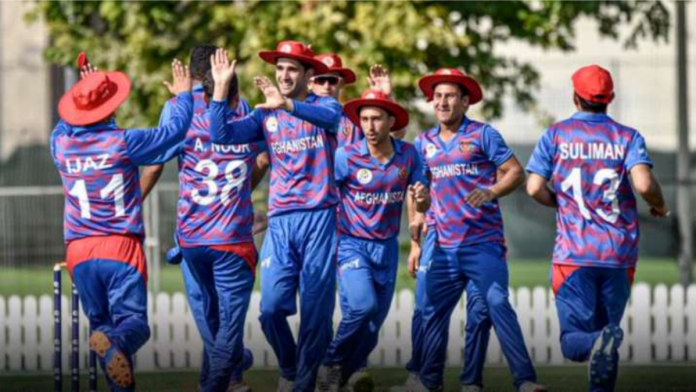 Sri Lanka are out of the ICC Under-19 World Cup following a narrow four-run defeat to Afghanistan in the second quarterfinal match at the Coolidge Cricket Ground (CCG) on Thursday.
Asked to bat first, Afghanistan were bowled out for just 134 in 47.1 overs. Their best effort with the bat coming from Abdul Hadi who scored 37 from 97 deliveries. Noor Ahmad contributed with 30 from 33 balls.
Bowling for Sri Lanka, Vinuja Ranpul bagged a five-for, picking up five for 10 in 9.1 overs. He had help from Dunith Wellalage who snatched three for 36 in 10 overs.
In their chase, Sri Lanka fell just short of the target when they were bowled out for 130 in 46 overs with Wellalage’s 34 runs from 61 balls their best effort with the bat. Raveen de Silva added 21 to the effort but used 84 deliveries in the process. There were 34 extras bowled by Afghanistan.
Belal Sami was the pick of the bowlers for the victors, claiming two wickets for 33 runs in his 10 overs.
India face Bangladesh and Australia take on Pakistan in the remaining quarter-finals. The final will be held on 4 February.