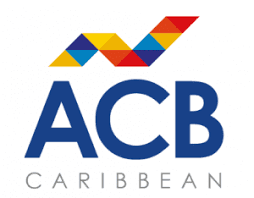 Former employees at the RBTT Bank Grenada Limited took strike action on Tuesday, after an announcement by the country’s Labour Minister that the former majority owner, Royal Bank of Canada, plans to challenge a recommendation for staff to be given severance.

The employees reportedly disagree with their former employer’s position not to offer severance after the Canadian bank was acquired by Antigua Commercial Bank (ACB) Caribbean in Antigua.

“Today, some of our staff members have decided to take strike action to highlight their disagreement with the former majority owners, Royal Bank of Canada’s decision to challenge the Minister of Labour’s recent recommendation for the staff to be given the option to accept severance,” the ACB Caribbean said in a release.

The ACB Caribbean, which is now the majority shareholder in the operations, said it is open to dialogue with its new employees in Grenada.

“We respect the Staff’s decision, as guided by their Union Representative, the Grenada Technical and Allied Workers’ Union (GTAWU), noting that this action is within their rights so to take,” the ACB Caribbean statement added.

The new owners of the bank say that they understand that the staff may be frustrated at this time but noted that the bank is committed to working with both the union and the staff on this issue.

The bank has secured an agreement from RBC which means that it is solely responsible for the conduct of this outstanding labour dispute.

“We have also ensured that any and all severance entitlements that may be finally determined due and payable are secured in an escrow fund in a segregated Account,” it said.

ACB is asking the staff to recognise that the dispute resolution process under the Collective Agreement must now be exhausted.

It said it has since activated its Business Continuity and that all business operations continue uninterrupted.