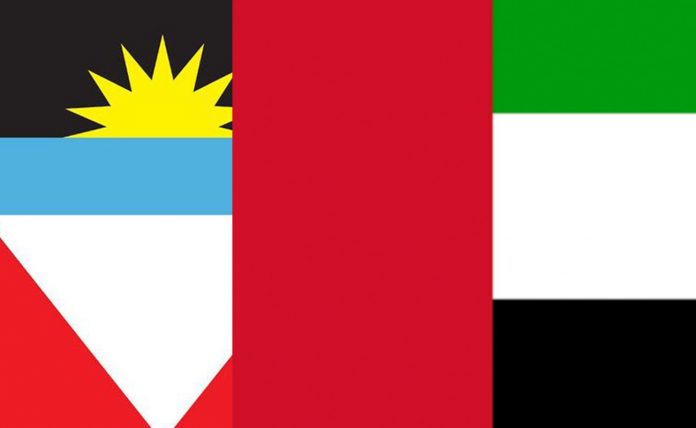 There is set to be an increase in opportunities for trade and tourism, as well as strengthening relations between Antigua and Barbuda and the United Arab Emirates (UAE), as the twin island nation ‘sets up shop’ in the Middle Eastern country.

That was the word from Gilbert Boustany, Antigua and Barbuda’s Ambassador to the UAE.

“Recently, we’ve changed my status from Non-Resident to Resident Ambassador, to establish an embassy here in the United Arab Emirates – in Abu Dhabi – and a trade and tourism office here in Dubai. [Here], we can promote our culture [and] collaborate much more on a different level than we’ve ever collaborated previously,” he said.

“This is a new beginning for us…we’re turning a page and we’re going to see a beautiful outcome in the future, in terms of making Antigua and Barbuda the hub for the UAE to the rest of the Caribbean and also to Central and South America.”

Though he did not share any specifics on those developments, the Ambassador noted that, like many of the long-term projects being undertaken now, a focus will be placed on integrating youth as a means of ‘securing the future’.

That future, he added, is poised to be successful, given the similarities between both territories and the ambitions of Antigua and Barbuda to be a dominant force in the Caribbean.

“When Prime Minister Gaston Browne took over the government in 2014, one of the first international trips he made was to the UAE, to Dubai. Coming here, he realised that the leaders of this country have the same vision that he has in terms of wanting to make Antigua and Barbuda ‘the Dubai of the Caribbean’,” he explained.

“It has the potential…yes, the UAE is 10 times larger than Antigua in terms of population, but at the end of the day we share similar aspirations in what we want to achieve, so it is possible.”

Ambassador Boustany is part of Antigua and Barbuda’s delegation to Expo 2020 Dubai, which is seeking to promote the country’s culture and secure investment to improve its economic conditions.