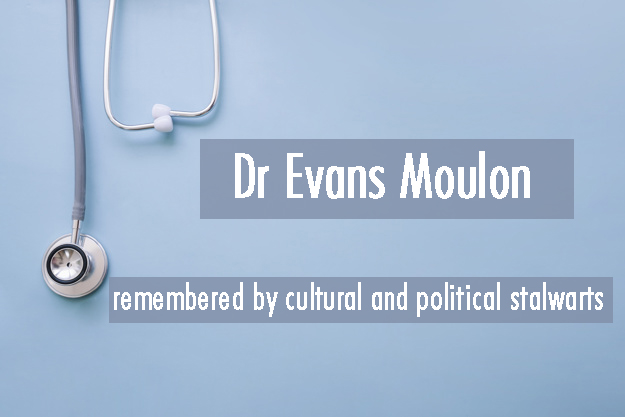 Dr Evans Moulon has been hailed for his significant contributions to the country and specifically for his humility and resilience, following news of his passing.

Following news of his passing on Tuesday, United Progressive Party (UPP) candidate, Alister Thomas, who is a childhood friend, shared some reflections on Dr Moulon’s life with Observer.

“He was a friend, he was a brother [and] he was a comrade. When he was thinking of taking the scholarship to go to study in Cuba, we had exchanges about it, because he knew – at that time – it was a period where many of the world governments were against Cuba. [Therefore], it would not have been a welcoming decision,” Thomas said.

“He was a part of the first three Antiguans: Dr Radcliffe Robins, agronomist Junie Goodwin, and himself ventured to Cuba, not just to study, not just to pioneer the hundreds of Antiguans and Barbudans who have subsequently gone there to study, but to [also] open a door for those parents of those children who had the [capacity], but were not able to get scholarships.”

Political Leader of the UPP, Harold Lovell, also agreed with the sentiments shared by Thomas, and added his personal recollections.

“Evans Moulon and I, we developed a friendship way back when we were both in secondary school. We had an organisation at the time, known as the United Students Council and that brought all the students councils from around the island and representatives from all the schools around Antigua and Barbuda into the one organisation.

“I was on the council, representing the Antigua Grammar School and he was on the council representing, at the time, the Goodwill Academy. So, we formed a friendship from that time. I was a part of the ACLM [Antigua Caribbean Liberation Movement] when he got a scholarship to go to study in Cuba [and] I remember the difficulty that he experienced when he returned home,” Lovell said.

The UPP leader added that, despite his notable achievements in life, Dr Moulon could always be counted on for his humility.

“What is striking about him is that he always remained very humble, a true patriotic Antiguan and Barbudan and he was always committed to the progress of our people.

“He’s someone that we will miss dearly. He’s known for his compassion and his caring approach to the practice of medicine and he certainly was an asset to the profession. So, I really think that this is a very sad moment and we certainly mourn the passing of a dear brother and friend,” Lovell added.