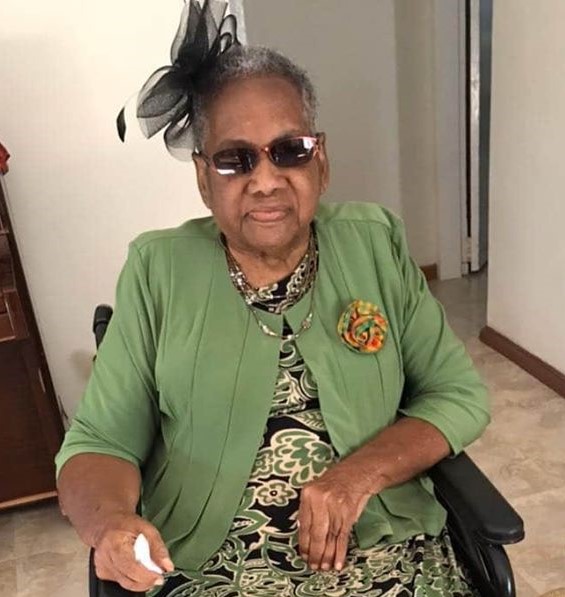 From the office of the Pro Vice-Chancellor and Principal, Open Campus.

The University of the West Indies (The UWI) Open Campus joins the nation of Antigua and Barbuda in mourning the passing of Dame Edris Bird.

Dame Edris, an educator par excellence, was the Resident Tutor for The UWI Open Campus in Antigua and Barbuda, then known as the Department of Extra-Mural Studies and later, the School of Continuing Studies. She was a stalwart leader in education and a symbol of selfless humanity. She served at the University from 1965 to 1990.

Dame Edris is counted among the very first graduates of the University College of the West Indies, forerunner of The University of the West Indies. She obtained a Bachelor of Arts degree from the Mona Campus in Jamaica in the late 1940’s, returning a decade later to pursue and complete a Bachelor of Education degree in 1956. She subsequently read for her Master’s degree in Education from the University of London in 1970 and for an EdD in Education from the University of Toronto in 1974. Following her studies, she returned to Antigua and Barbuda in 1979 and continued her journey in education. Before working at The UWI, she taught English for several years at the Antigua Grammar School.

Dame Edris used her position as Resident Tutor to encourage anyone she encountered to better themselves by continuing their studies including stay-at-home-wives. She truly invested in building the Caribbean region through the edification and enlightenment of its people.

Dame Edris was instrumental in introducing civil service employees to local courses offered at The UWI, which enabled them to matriculate at universities or colleges or to simply improve themselves and qualify for better positions at their places of work. Her daughter Dr. Jillia Bird described her as a fighter for education for all. “She was a pioneer and she had a fighting spirit. She fought against adversity,” Dr. Bird said. “Her spirit was indomitable; she always put others before herself.”

Dame Edris led the way for Early Childhood Education in Antigua and Barbuda by working with her colleagues at The UWI to introduce the course at a professional level. These efforts later saw the establishment of training sessions at the Sir Luther Wynter Preschool and Child Development Centre.

“She had a great, pioneering spirit and she loved to see fellow Antiguans and Barbudans improve themselves academically,” said Dr. Ermina Osoba, who assumed the position of Resident Tutor after Dame Edris’ departure.

Through Dame Edris’ years at The UWI School of Continuing Studies, she collaborated and developed a close working relationship with the late Professor the Hon. Ralston “Rex” Nettleford, OM; the former Vice-Chancellor of The UWI and shared his love of the arts.  As such, the Harambee Open Air Theatre, one of the longest running and most successful theatre groups in the country, found a home at what is now The UWI Open Campus Antigua and still fondly called the “University Centre.”  “I remember our Summer dance and drama programmes. She invited tutors such as Rex Nettleford. We never had an opportunity like that before,” her daughter Dr. Jillia Bird recalled.

As an educator, Dame Edris has left behind a legacy of professional excellence and public service, seen especially through the contributions of her children, past students and extended family. She collaborated with her husband Mr. Oscar Bird on a book titled, A CALL TO SERVICE which was published in 2002.

She was conferred Dame Commander, The Most Distinguished Order of the Nation, DCN, in 2019, for distinguished contributions in the field of education and community service. Her affinity and loyalty to The UWI saw her eagerly attending events organised by the institution for many years. She attended open lectures and graciously contributed to The UWI Alumni Association.

Dame Edris died at age 91 on July 19, 2020. She is survived by her twin daughters, Dr. Jillia Bird and Dr. Jacqueline Bird and her son, Mr. Clement Bird.

The Chancellor, Vice-Chancellor, Pro-Vice Chancellors, staff, students and alumni of The University of the West Indies extend heartfelt condolences to the family and friends of Dame Edris. The University community will be forever indebted to her for the sterling service and loyalty that she dedicated to our regional institution. May her soul rest in eternal peace.