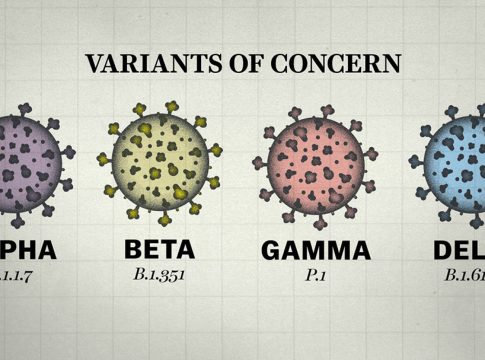 The concept of viral mutations is not new to most people, with many movies including ‘I am Legend’ and ‘Contagion’ along with a whole host of others already exploring what would happen to the world in the event a major outbreak of a life-threatening virus were to ever occur.

Sars-CoV-2 coronavirus, the virus behind the Covid-19 disease, is a ribonucleic acid (RNA) virus, many of which mutate often. However, this particular virus is one of a few with a proofreading mechanism that helps to mitigate against the occurrence of these changes.

Despite this mechanism, Sars-CoV-2 or the Covid-19 virus has mutated and will continue to mutate if left unchecked.

How do mutations occur?

When one of these viruses enters a human cell that it targets, it releases its genetic information (RNA) and the cell’s machinery, inclusive of ribosomes, works to read this information and produce new viral proteins that later assemble to become new viruses.

However, as this process unfolds, errors are made that lead to new variants being discovered. Sometimes, these errors are negligible, meaning that the resulting proteins function the same way, although slightly different in composition. Some mutations can be so grave that they actually inhibit the replication of the virus altogether.

On rare occasions, the correct constellation of mutations occurs and causes major differences in how replicated viruses behave, changes that can be passed on in future replications, changes that can potentially make the virus more dangerous.

What are the current variants of concern?

We have seen this play out with the Covid-19 virus. There have been thousands of Sars-CoV-2 variants that have been identified by scientists, but to date there are four that have emerged as variants of concern (VOC) in the community.

The alpha variant, first identified in the United Kingdom, is said to be about 50 percent more contagious than the original Wuhan strain, and led to increased hospitalisations and deaths in the UK.

Then there is the beta variant that emerged from South Africa and was found to be about 50 percent more transmissible than the original virus.

The world has also seen the emergence of the gamma variant that appeared from Brazil and, like the beta variant, this mutation has been proven to be more adept at getting away from neutralising antibodies.

This means that people who previously had Covid-19, or are vaccinated, may still experience re-infection or breakthrough infection.

Of all of these variants, it is the delta variant that has evoked the most fear to date. This variant has spread widely and has now been broken into subvariants; sub-types that the scientific community refers to as “delta plus”.

Like the beta and gamma variants, delta plus variants have a mutation in the spike protein that may help to escape neutralising antibodies.

Similar to other variants of concern, delta has multiple mutations in its spike protein. However, as a unique feature, it is much more efficient at attaching to target cells and is much more contagious.

To date, all of these variants have been confirmed to have been in Antigua and Barbuda.

To borrow an analogy from Dr Courtney Lewis, Deputy Chairman of the National Technical Working Group on Covid-19 Vaccines, the Sars-CoV-2 virus is still new and is “in killing school”.

As a virus that targets human cells, its main goal is to survive and it does this by getting better at affecting the human body and using us to its advantage.

Dr Lewis has warned that as the virus evolves or ‘graduates’, “if we don’t get to herd immunity sooner rather than later, delta won’t be the last variant”.

So, why should you get vaccinated?

With all this said, the reason getting vaccinated remains important is that these vaccines sensitise our bodies to this virus.

Therefore, if we were to be infected with the virus, the antibodies developed through vaccinations help to reduce the propagation of the virus in our bodies, thus reducing the chance of not only developing Covid-19 disease, but debilitating effects that could linger long after the infection is resolved.

Because these antibodies help to limit the replication of Covid-19, they ultimately assist to reduce the chances of Sars-CoV-2 acquiring mutations that make it even more detrimental to people who are unvaccinated.

Further to that, if allowed to replicate without adequate interventions, new variants could be so different from the original version of the virus that provided the sample material that many of the vaccines were developed from, that even people who are vaccinated may become susceptible to moderate to severe infections once again.

The issue of Covid is a complicated one. It has taken billions of dollars and unprecedented cooperation to develop appropriate vaccines to help stem its spread.

The onus now rests on citizens of the globe to make use of these lifesaving vaccine doses when they become available.