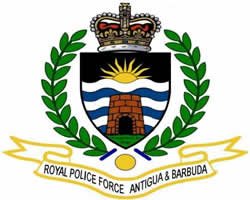 Police are continuing their investigations into the circumstances surrounding the death of a 23 year old male of Potters.

He was found unresponsive, lying on the ground outside his home approximately 7:45 am on Wednesday 3rd March.

He was discovered by a passerby, who later called EMS and the Police.

A medical doctor arrived on the scene and pronounced him dead around 10:00 am.

The police say there no signs of foul play; however, further investigations will continue.